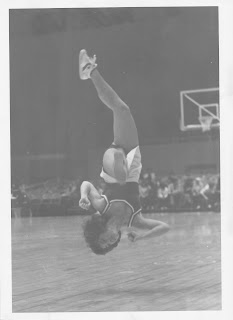 In 1984, I was a cheerleader for the University of NC at Charlotte. That is me in the picture on the right. I loved to flip and perform. I can't flip like I did all those years ago, but I can still remember how it felt; it was awesome. Today I am flipping in my head because I turned 51 years old! Two and 1/2 years ago I didn't think I would make it to 51, but here I am.

Rain fell from the sky, but I didn't care. It was a good day anyway. My daughter and I stayed indoors. We home-schooled, played with her parakeets, and enjoyed our time together.

On the 18th--Wednesday--I finished radiation. I have had occasional pain where the radiation was concentrated at the bottom of my right artificial breast. Overall, radiation was very easy with little to no side-effects--at least so far. On Monday, I will start TDM-1 again. That will be my 41st treatment for stage IV disease and the 24th with TDM-1.

A scan will be done in February. Of course I worry about the length of time I was not treated systemically while having radiation. Despite the worry, I will continue to feel happiness that I get to continue treatment with TDM-1. 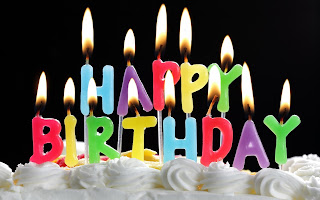 Posted by The Cancer Classroom at Thursday, November 19, 2015 4 comments:


Because of what has happened in Paris, France, I am sharing a link to the map below. It offers much to think about. With all the good that can come from religiosity, the bad is great as well. People are cruel to one another in so many ways. The incomprehensible evil that has happened in human history is often related to the want of land and power disguised and promoted by a religion. The solutions offered by others to stop these self-righteous acts of violence in our world are--at best--temporary and involves the killing of more people including the innocent. All of it is sad and disgusting.

Posted by The Cancer Classroom at Sunday, November 15, 2015 No comments:

Me and the Machine 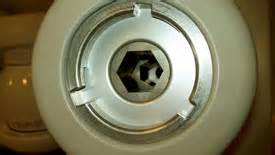 Collimater--the EYE of the machine
All images from: Bing Images
There are only Seven Cyber-Knife Machines in North Carolina.

On a recent Thursday in my life, I took a ride in a wheelchair through the basement level of the hospital where I receive treatments for my disease. I can walk, but because of hospital safety rules I rode. Through hall after hall, a young woman pushed me. The rhythmic tapping of her shoes allowed me to feel the passing of each of the 360 seconds that it took to reach the room for my turn with the life extending Cyber-Knife machine.

Light beige walls, polished floors, a black phone and a red one decorating a few otherwise empty walls were added to my memories of what it is like to be a cancer patient. With every change in direction, I saw another hallway. I passed rooms with closed doors, rooms with open doors. Quick glimpses allowed me to see other people sitting, waiting. I was struck by how odd the eeriness of each quiet hallway felt. It made me question whether I was riding toward the extension of my life or toward my departure from it.

I wished I would have been allowed to walk. It would have helped distract my thoughts away from the unknown before me; it would have lessened my fear about what was happening inside my body. With no systemic treatment since September 8th, I was feeling completely vulnerable to my tiny monsters. Thankfully, TDM-1 has a long half-life meaning it continues to stay active in the body for weeks after treatment.

My chair ride came to a stop momentarily inside a narrow room. To my left were several computer monitors. In a split-screen format, one of the monitors provided a view into another room. That room held my future with this disease. After giving my name and date of birth, the woman pushed me farther out of this room and into the other. Before me, in a room with no windows, was the Cyber-Knife machine.

I arose from the chair and was dressed in a special vest that would soon have probes attached to it to monitor my breathing. After placing myself in a vertical position on the table in the middle of this room, nestling into the mold made especially for me, I was told not to move at all--don’t scratch, don’t wiggle, stay-put. The two technicians soon departed leaving me alone. Now, it was just me and the machine. 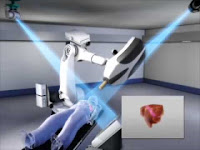 In the quietness of the room, I had only my brain to entertain me. I added more memories to my on-going story as I took surveillance of the room. My sight was limited since I wasn’t supposed to turn my head. Despite this, I managed to see the machines important in this treatment.  Near the ceiling, two cameras were attached, one in front of me, the other to my right. Those allowed the technicians to view me and the objects in the room. A red beam of light painted the ceiling perpendicular to my body. It extended between two ceiling-mounted machines. Those were the x-ray machines. Every 60 seconds a picture would be taken to keep track of the four gold fiducial markers inside and surrounding my tumor ensuring the Cyber-Knife machine sends radiation to the desired location. 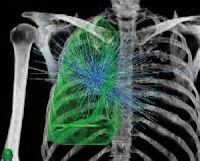 My study of the room was soon interrupted by a clicking noise. The machine was coming to life.  I followed the robotic arm as it moved the emission head up, down, sideways, closer to and farther away from my body. The machine located every physicist directed and computer calculated angle as it prepared to shoot the light beams into my tumor. Luckily, my healthy tissue radiation exposure would be limited; the greatest concentration of radiation would occur where each beam crisscrossed all others. 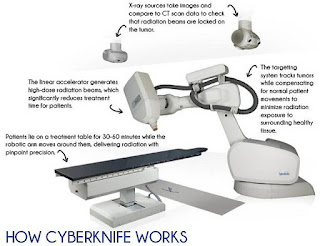 The emission head housed a metal attachment called a collimater. The tiny orifice in its middle measured 15 millimeters. I know that because of the carved out number with the mm beside it. Later a different collimater with an orifice of 10 mm would replace the existing one. Those holes determined the size of the photon beam penetrating my body. I learned from one of the technicians that--in my case--two were used so every area of the tumor was radiated. Let me take a moment to explain by using this example: Pretend my tumor is a golf ball. The larger sized beam stamps a 15 mm diameter sized beam all over the outside. As you know, when four circles are pushed beside one another there is a place in the center that remains untouched. That is why a second beam is needed. The machine shoots those beams at all the places around the golf ball untouched by the first beam.

I watched as the tiny black hole moved around my chest. The movements would end abruptly and then ever so slightly continue to move correcting its position as I breathed. A high-pitched humming noise let me know the machine was fully prepared to begin shooting invisible x-rays through my tumor’s cells causing their demise. It was a weird and wonderful at the same time.

What is actually happening in my body during this treatment is interesting. I have done a lot of reading and had a conversation with one of the technicians handling my treatment in an effort to grasp the simplified version of how this process works. The more detailed version involves quantum physics. I will not venture there. If I get something wrong, please let me know in the comments.

Photons are light particles that make-up different electromagnetic waves. In my case, x-rays are used. These waves are long enough to penetrate my tissue and reach my tumor. The photon particles are energized inside the linear accelerator at the end of the Cyber-Knife’s robotic arm. These highly-charged particles penetrate each cell in the path of the beam—the good and bad ones. Once inside, they change the atoms within the cell by taking away one of their electrons. This creates an ion. That is why it is called ionizing radiation. The chemistry change of the atoms disrupts cellular function. It destroys proteins and damages the DNA of the cells. As the cell continues through the phases of rest, growth, and division, it is halted at the division phase and the cell dies--apoptosis. That is why this treatment continues to work weeks and months after completion. I don’t have to tell you how good that is for the patient.

Initially, after treatment, I felt no pain. But after the second session when I breathed deeply or when I attempted to sleep on my right side, it hurt. In the morning I felt no more pain only tightness around the radiation site.The evenings after the rest of the treatments, I experienced pain only when I laughed. It, too, was gone by the morning.

There were a total of five treatments (fractionated-a lower dose at each treatment) altogether. My last one was yesterday. I feel like I am radioactive and a danger to my family. I asked about that and was told not to worry.

The last few weeks I have spent considerable time driving east and west on I-40. It will be good to get back to the routine I have grown accustomed to of infusions every three weeks. For now, my encounter with the machine has reached the end.

On Monday, I will begin treatment again with TDM-1. On that day I will be told when my next scan will occur. Until then I will continue to remain hopeful that this treatment will get my condition back to “no evidence of active disease”.

Note: I asked how it is determined if future cancers were caused by the radiation a person received. The answer was not as easy as I anticipated thinking there would be a cellular identifier in the cancer indicating its type. Apparently, it is not always completely clear if the cancers are caused by the radiation. But, cancers that occur years (10-15) after radiation in the position where the radiation occurred are considered a result of radiation. Typically radiation is avoided in young children because their life expectancy is far longer than someone of my age. At my age and diagnosis, it is definitely a risk worth taking.
Posted by The Cancer Classroom at Thursday, November 12, 2015 2 comments: