When I first thought about writing this post, I imagined describing the Cancer Moonshot Initiative, giving my opinion and hoping after sharing what I had learned that someone else learned something too--this is the Cancer Classroom after all. Easy, right? Well, no, actually. The complexities of the Moonshot have made it a hard post to write, and my inability to quit asking questions about each new piece of information I found has made this a difficult post to keep short. But, here I go anyway. Luckily, for you, I have broken it into two parts. 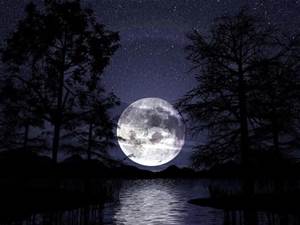 Are you excited about the Cancer Moonshot Initiative? Or, are you like me?--a skeptic--always trying to figure out if the latest excitement of the day is really just another feel-good attempt in the political world to cause the American people to stop and say, “Yeah! This is exactly what is needed to stop the 2nd leading killer of our citizens."

The issue of curing cancer by our Federal Government is not new. On January 22, 1971 President Richard Nixon said in his State of the Union Address to congress, "I will also ask for an appropriation of an extra $100 million to launch an intensive campaign to find a cure for cancer, and I will ask later for whatever additional funds can effectively be used". The ‘War on Cancer” had begun—with high dollar federal funding. For me, the Cancer Moonshot Initiative is simply a repackaging of this former endeavor with government now playing an even bigger role.

Back in 2007, Barack Obama, before he became President, made a campaign promise to double the federal government’s cancer research spending in five years. It was a promise he couldn’t keep. The economy wouldn’t let him. Perhaps driven by the personal loss of his mom to cancer and in an effort to keep his campaign promise, he introduced the Cancer Moonshot Initiative in his last State of the Union Address in January 2016 later asking congress for 1 billion dollars for the National Institutes of Health for the effort of curing cancer(s). Some of that 1 billion would be made available this year with the rest available next year. Don’t let that number cause you to think no other money has been allocated for cancer research by our government. Vice President Biden already was involved in the handling of 264 million dollars for cancer research. The National Cancer Institute gets around 5 billion a year, plus there are other governmental programs contributing to the cancer research effort. The Department of Defense, the Department of Veteran Affairs, and the Food and Drug Administration are all involved. Heck, even the Department of Energy has a hand in it. Yes, government involvement in the health of our citizenry has grown a lot since the National Health Institute was formed in the 1930’s--information here.

I am not suggesting that good things haven’t or won’t come from our government being involved in cancer research, but before we get all excited about this additional billion dollar enterprise, maybe it would be a good idea to spend some time figuring out if tax payer dollars are already being used in the most efficient and effective way. I am not convinced that more government involvement is going to do a better job than the private industry does. It seems to me all the intricacies of forming this new project will take money away from actual cancer research.

When I learned through twitter that Vice President Joe Biden—who had been named by President Obama to lead the Cancer Moonshot Task Force--would be on The Nightly News with Lester Holt on NBC on June 29th I became a little excited hoping I would learn something new. Tom Brokaw, a famous news anchor from my youth, interviewed the Vice President. The two came together to discuss what likely is an important issue for both men. Vice President Biden’s son died of brain cancer last year, and Mr. Brokaw was diagnosed in 2014 with multiple myeloma, a cancer in the bone marrow’s plasma cells.

Pen in hand, paper underneath, I watched the interview attentively jotting down a few notes as they spoke. I wanted to hear information convincing me that this additional billion dollars for cancer research from our country’s tax payers was a good idea. I wanted to believe this initiative was different than the hype and promises of the past; that the money would not be wasted. Too soon the segment was coming to an end and no one had addressed what the Moonshot Task Force’s main objectives were instead highlighting Biden’s take on rising drug prices with his quip, “What the hell is that all about?” If he doesn’t know, why didn’t he say, "I intend to find out".

He is leading the task force and doesn’t know what that is all about? Hummm, Mr. Vice President let me see if I can help: lengthy expensive clinical trials, government regulations, patents on drugs keeping generics from being produced (although I support protection of intellectual property), better technology, new drug releases, and the involvement of insurance companies. Some might argue profit desires are the problem, perhaps there is an argument there, but have you ever thought that maybe a drug goes up in price rather quickly because the market place dictates the increase, or that insurance companies have a role in setting that increase? Maybe the company is trying to recoup any costs involved in helping people with little income have access to their drugs? Someone has to pay for it; nothing is free. Plus, nowhere have I seen lowering drug prices as part of the initiative, so why did he mention it--drama, attention?

His wife ended the segment saying something about hope. Hope is not what this initiative is about or is it?--hope that it will work, hope that tax dollars are being spent in the most appropriate way yielding the best possible results, and--above all—hope for cures?

Needless to say, but I will say it anyway, I didn’t learn anything new.

Biden also talked about high drug costs on that same day at the Moonshot Summit in Washington, DC. Maybe I missed it, but again I have not found cost cuts for drugs to be part of the Cancer Moonshot Initiative.

During the Vice President’s speech at Washington, DC’s Howard University, he talked about the difficulties of research facilities working together toward one goal and of patients’ inability to find affordable and better care. (Affordable: a word carelessly thrown around even though it means different things to different people.) He explained that the Moonshot will work to fix those problems.

Let me back-up and give some background for the Cancer Moonshot Initiative and its Blue Ribbon Task Force. The biggest goal will be to speed up the advancements in cancer research. What is done in ten years, the President and the Vice President want to see done in five. (This is different than his original promise of doubling the amount spent, but okay, that's fine.) Another piece of the plan is to tackle the sharing of data between research entities to help the first goal succeed. This is to be done with the cooperation of private and public entities. The key areas of research will include: pediatric cancer, prevention and cancer vaccine development, early cancer detection, cancer immunotherapy and combination therapy, genomic analysis of tumor and surrounding cells, enhanced data sharing, and the FDA is supposed to develop a virtual Oncology Center to evaluate products, support diagnostic tests and drug development for the prevention, screening, diagnosis, and treatment of cancer.  Find more information here.

I hope genomic analysis of tumor and surrounding cells is where metastatic disease will get some attention otherwise I don’t see the other pieces of the plan holding promise for me and others like me--unless metastatic cancer is included in the treatment portion of the initiative, but it is not stated that it does.

One billion dollars makes me say, wow! And then I remember that it takes a lot of money to find what is fueling the survival of a cancer cell. Finding a significant protein to attack, figuring out what chemicals can be put together that will target that protein and cease its function are costly. Consider, too, the clinical trials: years of funding are needed to go from ideas to petri dishes to mice and finally to humans. Once the testing begins in humans, specific candidates--who do not usually pay for their participation--must be selected, dosages determined, side-effects acknowledged, end points met. And of course we can’t leave out the costs involved paying researchers for their time and the purchasing of equipment necessary for the work to occur. Then, of course, patents must be obtained and the FDA must approve the drug for consumer use. Consider all the failures and restarts that do happen in order to finally reach something that may only give someone 6 more months of life. I will take the 6 months, but this shows how time-consuming and costly the process is. Condensing research time, fast-tracking drugs to the market place within 5 years may not yield what we are all hoping. None of this is easy and some—perhaps all--of it shouldn’t be rushed.

The other goal of the sharing of data quickly and easily between research institutions will be discussed in my next post Moonshots All Around--Part II.

One thing before I go. I learned this interesting information from Margot Sanger-Katz in her New York Times article in February of 2016 found here. She said:


"Moonshot . . . It's become a popular metaphor for national cancer cures. In 1971, President Richard Nixon announced his so-called War on Cancer in his own State of the Union speech. Here’s what he said: 'The time has come in America when the same kind of concentrated effort that split the atom and took man to the moon should be turned toward conquering this dread disease.' When George W. Bush was running for president in 2000, he, too, called for a “medical moonshot” to cure cancer".


With all kinds of information available to all of us, I think the bureaucrats involved should have picked a different name, don’t you. Where is their originality?