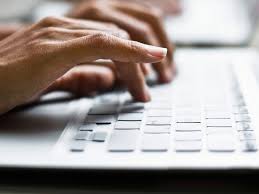 Many days of happiness have been part of my life since my diagnosis in April of 2013; far more than I expected. Constant fear does linger, though, in the background. Every time I lie on a CAT scan table to be scanned for detection of disease progression, I shake. My shaking is from fear. Fear that the result will tell me my timeline has shortened yet again and that sadness will race in front of my happiness.

After my 10:00 am scan on November 6th, my husband and I finally reach the room where we waited for my doctor. She knocked on the door then entered. We exchanged our pleasantries. She washed her hands, and we braced for the results of my scan.

She began: “The radiologist has not read your chest scan yet. I’ve looked at it and see no changes. I still need the radiologist’s read on it, but I see no reason not to treat you today.”—not her exact words, but close.

I expelled the breath I had been holding. But, a little of that breath remained inside me. I needed to see the report and read the words of the radiologist.

At the end of our meeting I asked if I could have a scan in six months instead of four. Dr. R. agreed and says, “Infusion #59 is not the norm. We are now in unchartered territory.”

To infusion I went, trying not to worry about what the radiologist would report.

At home the following day, I waited for a call from my doctor and for the report to appear on my patient portal. It was getting late and because I hate to wait I messaged the nurse navigator. Soon, my doctor called saying she had delayed the release of the report because she wanted to talk to me first.

“There is some change around the fiducial markers,” she said.

She explained she thought the increased density was due to continued changes from the radiation I received. (My last treatment was November 11, 2015 to one lung nodule in my lung.) She was hoping to speak to the Cyberknife Radiation Oncologist before calling me, but had not heard back from him. She didn’t want me to read the report without her input. That is why she had not released it.

After we hung up I went to the patient portal and read my now released report. I took the information she gave me and searched the internet for more information hoping to understand these words:

I will get more clarification from my doctor, but for now this is my understanding of what is happening in my right lung:

After my radiation treatment, my nodule disappeared. What was left were called ground glass opacities. These can indicate progression, but in my case it is due to damage caused by radiation. (The fiducial markers were placed prior to radiation treatment and marked the location of the tumor. The markers are made of gold and will always be visible on a scan.) Opacities are cloudy areas that are just clear enough for blood vessels or other tiny structures of the lung to be visible. When these areas become denser, cloudiness increases and less can be seen. It can mean progression or continued radiation changes.

Several days later, I received a call from the scan department at my treatment center. I was told Dr. R. wanted to add a scan to my appointments scheduled in January. That call confirmed to me that since this wasn’t a six month scan nor was it a four month scan, my last scan must indicate progression.

Yeah, a few tears came after the call.

But . . . another call came soon after from my nurse Navigator. “Lisa, good news!”

“You are kidding me!” I said. “The CAT scan department just called, and I had convinced myself it was bad news.”

She chuckled and said, "No, no. The radiation oncologist believes the changes are from the radiation and NOT progression”. We want to do a scan in January just to make sure.”

Through this 2016 Thanksgiving holiday and after passing the 53rd date of my birth on November 19th, I continue on the happiness train hopeful the train is not about to derail. In January, I will do my best to still my shaking body as that machine provides a picture of my future. For now, my story, filled with hope and happiness, continues.
Posted by The Cancer Classroom at Sunday, November 26, 2017