The month of April is one I love, and one I hate.

My twin sisters were born April 27, 1966. My youngest daughter was born April 6th 2003. I love everything about that!

I hate that the beautiful month of April is tainted by a diagnosis I cannot love.

However, I can love and do celebrate that this month marks the 5th year of knowing I have metastatic breast cancer, and I am still alive!

Please visit for more information about this organization. There you will find support if needed and other shared stories from breast cancer and ovarian cancer patients.

My story is below. You can also read it here . 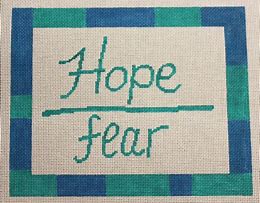 On a sunny day in April of 2013, at the age of 48, fear and hope began a competition unlike any other I had experienced. I was told I had a terminal disease; my life’s story had reached its final phase. Fear and hope were racing to the finish line of my life. On that day and the days that followed, fear was refusing to back down and hope seemed far behind. With much left to do on my life’s to-do-list, I felt helpless.

Ten years before I became a terminal—stage IV—cancer patient, physical exams and two mammograms over two years gave no indication there would be trouble ahead. There was no lump. Instead, there was an odd thickening underneath the skin making my right breast feel firmer than my left. Since the mammograms showed nothing, I was told all was normal and sent on my way.

It wasn’t until I discovered a yellowish, sticky discharge from that breast that a Physician’s Assistant thought it was time to react. Some tissue was taken then sent to a laboratory. Someone within that lab determined the cells within the ducts of my breast were cancerous. The diagnosis was ductal carcinoma in situ (DCIS), a breast cancer that is confined to the milk-producing ducts within the breast. These mutated cells had not invaded any of the surrounding tissue so my condition was defined as stage 0 disease.

After the whirlwind of appointments and information gathering, I underwent a mastectomy to remove the extensive hardened area of the diseased breast. I opted for the other to be removed as well hoping to prevent any future disease in that breast. Weeks of healing took place. Then, slowly, small increases of fluid were added weekly to the tissue expanders placed under my chest muscles during that first surgery. The expanders worked to stretch my tissues until eventually two cold, hard, artificial breasts were created.

During this time, life was never on hold. People needed me. As soon as I could I returned to my busy life. With around a 98% chance of not dying in 5 years, I felt confident I would be among the living and cancer free as well when 2010 arrived—hope was winning.

Unfortunately that magical milestone year would not be mine to celebrate. As the final pages of that calendar year were about to be completed I found a tiny lump—five millimeters to be exact—just below my clavicle bone on the same side where my diseased breast had been. My breast surgeon took quick action removing it in the examination room. I will never forget watching that deadly tissue floating in the fluid-filled container she plopped it in after freeing it from my chest. Fear was in the lead again, but it took a few steps back when a CAT scan revealed no lymph node or organ involvement. Stage 1 disease was the diagnosis. The relief I felt manifested in my jumping up and down in my kitchen after ending a phone call from my surgeon.

Treatment began. Taxotere took my hair and much of my energy with it. Herceptin and carboplatin added to the gastrointestinal difficulties that Taxotere had bestowed upon me. With radiation treatments completed, fear now was following hope too closely. Even so, adjustments were made, and life continued as it had before.

My oncologist had informed me that Her2+ disease is aggressive. Statistically, if it is to reappear, it will do so within three years.  Year three of no symptoms was a few months away. Life was good until the day I sat on my couch watching television. Deciding this was a good time to check my neck and clavicle lymph nodes, my fingers moving carefully at the base of my neck suddenly stopped. There it was: a swollen lymph node. I didn’t need a doctor to tell me what it was. A few days later a CAT scan caught my medical team’s attention. There were cancerous nodules in both lungs and an over-sized lymph node deep within my chest. In order to establish a diagnosis, down my esophagus an instrument went carrying a small needle with the intent of retrieving a few cells from that lymph node pushing against my esophagus. One look through the microscope ended any speculation. Fear of dying from this disease had found its permanent home. I was doomed.

Glaring at me from all directions were statistics stating the average life-expectancy for a stage IV diagnosis of breast cancer was three years. Although three years is an estimate and isn’t true for all patients, and probably needs to be updated, it haunted me. That blanket of grief made me certain I would be dead within the year.

Fear was in the lead. But, with each passing scan and each day I lived, hope started to gain momentum. I began experiencing happiness again. I saw another spring and then another. Taking a stroll recently around my yard taking in the beauty of the beginnings of my wisteria vine’s purple buds appearing proving to me there is life inside those dead looking branches brings me such joy. I am experiencing another spring. Never did I think I would live this long.

Incredibly, the cellular biology of my cancer responded to treatment. Herceptin, Perjeta, and Taxotere gave me another year. Kadcyla and Cyberknife radiation—to one troublesome lung nodule—have given me years. With scans showing no disease big enough to be seen, I celebrate each day that I have been able to watch three of my four children become adults and my youngest begin her first year of high school. Because of the work of scientists, doctors, nurses, clinical trial patients, radiation technicians, oncologists, patients on social media, and others unknown to me, my story continues.

In the end fear will make its final move when I am told there are no more options. At that point, hope and fear will no longer be competing; sadly, fear will prevail. Not the fear of my death, but the fear of the process of dying; fear that cancer and the side effects from treatments will prevent me from accomplishing my personal goals. For now, though, hope remains in the lead.  I am so grateful.

Posted by The Cancer Classroom at Wednesday, April 04, 2018